Switch to full style
Everything you want to know and discuss about the XBox ecosystem!
Post a reply
DrBaldwin

I skipped Xbone, but I am starting to like what I am seeing on Youtube regarding the Xbox Series X. I love the xbox series S small form factor, but being the kiasu me, I would want the optical drive and powerful processor.

I also missed out on the xbox game pass thing, and it is just like netflix for games.. looks good to me.

Shall think think about this.

DrBaldwin wrote:I skipped Xbone, but I am starting to like what I am seeing on Youtube regarding the Xbox Series X. I love the xbox series S small form factor, but being the kiasu me, I would want the optical drive and powerful processor.

I also missed out on the xbox game pass thing, and it is just like netflix for games.. looks good to me.

Shall think think about this.

Once people find out it can play fortnite maxed 60fps locked, it'll sell even more.
DrBaldwin

Batch 3, so unlikely I would be playing it this holiday season, but just happy to place an order and wait for it early next year. Then pair it with Game Pass Ult.
arcana75

Was listening to Kinda Funny podcast they did a quick review of XSX, one interesting feature is the quick resume of multiple games feature: u can play game A, switch to game B, and both gamestates are saved and can be freely switched between the 2, even after shutdown.

Not sure how useful it will be, but it sounds like a pretty interesting feature.
DrBaldwin

I am having a blast playing xbox one titles which I missed (gears 5, forza Horizon 4 etc) , and revisiting skyrim with strong mod support (all those nice nice armor, uncapped 60fps etc) as I dont play on PC.

While there are no Xbox exclusives (unless you can call Cyberpunk 2077 an xbox console digital exclusive, lol), Game Pass is excellent value as there is surely something for everyone to play.
arcana75

XBox Gamepass for PC at $1 for 3 months is insane value I totally agree. Earlier this year the $1 for 1 month was already incredible value played 3 amazing games (State of Decay 2, Slay the Spire, Metro Exodus).

I bought the $1 for 3 months pass but yet to utilise it cuz of Cyberpunk 2077.
DrBaldwin

This may be obvious to some, but i find that some sales prices are better on US store as compared to SG store. For example, there was a recent sale on Lego games, of which the Lego Marvel Collection (comprising Lego Marvels Super Heros 1 & 2 and Marvel Avengers) was discounted to SGD39.95, but on the US Store, the same collection was going for USD11.99 (approx SGD15). The tricky part is making sure you are redeeming the xbox gift card on the US store. Worth it to compare the 2 stores (货比三家）:D

Just to share what I posted in another forum:

US store does not accept SG-based credit card or paypal. So can buy xbox gift card from Amazon.com (https://www.amazon.com/dp/B00F4CEHNK/re ... doi_0?th=1)

Just make sure that you redeem your gift card in the US store, you will know this when you are asked to enter the 25-character code to add X value to your account under youremail.com (united states).

Once added, the rest is standard checkout procedures. Oh yea, for first timers, good to have a portland oregon address as MS will ask you for it (for tax purposes, but no digital sale tax for portland

). You can just use your comgateway or vpostUSA address.

Once purchased, the digital title will reflect as "Owned" on the store, be it US or SG.
DrBaldwin

Xbox game sales on SG / US store. Bought the following:

My new racing rig. Very heavy and solid. Love how it folds up into a thin profile for easy storage.

Looking good! I have to say, for me these gadgets are 3-minute warmth, yet I never learn my lesson.
overhype

Same, mine was rockband full set. Lasted for 2 months and sold

The wheel setup plays very well on Grid and Snowrunner, you can "feel" the road through the wheel vibration. Dunno how else to explain, but fun. hehe

i started playing Back4Blood (through Game Pass), just played through Act 1, Chapter 1. Basically L4D2. Fairly straight forward, get from one safe room to another, along the way may need to activate some bridge or power structure etc, which usually attract hordes that you need to defend against. Idle too long, the game director will send some mob or bigger infected monster to your locale to zor zor you abit.

although a bit redundant as you dun see your character most of the time (you playing in first person), there is a choice of character customisation where you can change the attire of your character. I chose Holly and i just made her wear leggings (hehehe). See below pic... pretty obvious who Holly is right? :p~ 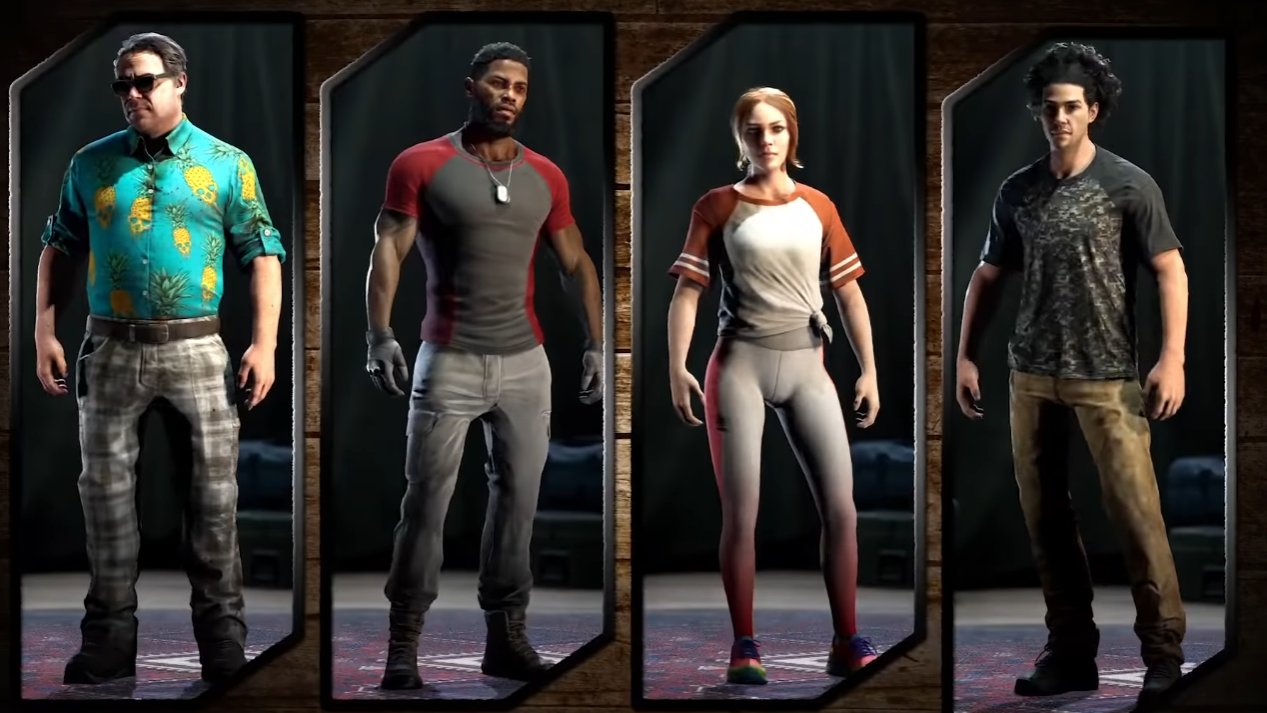 to spice things up, there is a deck of cards system to change certain attributes during the game, such as making you reload faster by 20%, easier to spot the gears currency (used to buy things) scattered in the game, more stamina, more enemies appearing etc

there is a sort of game hub where you can run around and talk to the NPCs, go to the shooting range to try the different weapons. seems pretty easy to get into a game, though I have not explored deep to see how the cross-platform play is like, whether i can restrict to just console players, and other game modes that earn special rewards etc. You can also take note of your unique username for others playing on other platform to locate and join you (mine is Dr Baldwin#0707).

Not bad, I can see this game will take me away from Aliens FTE for some time (and no, not just because of Holly in her leggings. LOL)
DrBaldwin

Nope B4B did not take away too much of my time. movement feels floaty and gunplay doesn't have the same impact and punch as Aliens FTE. Thank goodness this is on Game Pass, saved me some money.
Post a reply
Switch to full style